I bought a house with my wife a few months ago; it uses oil for both heat and hot water. Running out of oil in the first week of the house impressed upon me the importance of keeping an eye on the meter, but I still managed to do it again in the dead of winter. I looked into signing a contract for oil with some local companies for automatic delivery, but decided against paying the premium over market price. Instead, I built this system to keep track of the meter.

This is one of the hackiest projects I've built in a while. I have an old webcam pointed at the gauge on the tank; it's plugged into a Raspberry Pi that was already in the room. Every hour a picture is taken, and using OpenCV, the approximate level is recorded. Since the room is often dark, I also have a single Neopixel pointed at the gauge for illumination. The raw picture and the approximate percentage recorded are then available via a web browser on my internal network. So far, we've stayed warm! 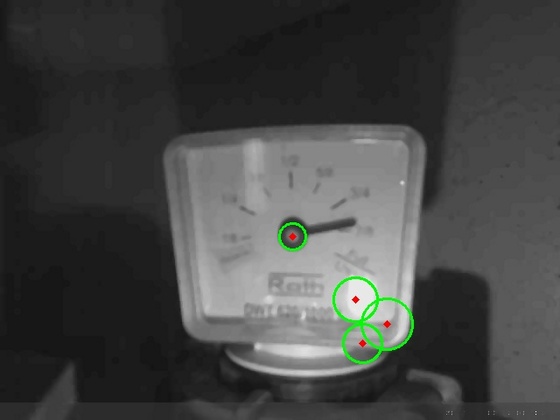 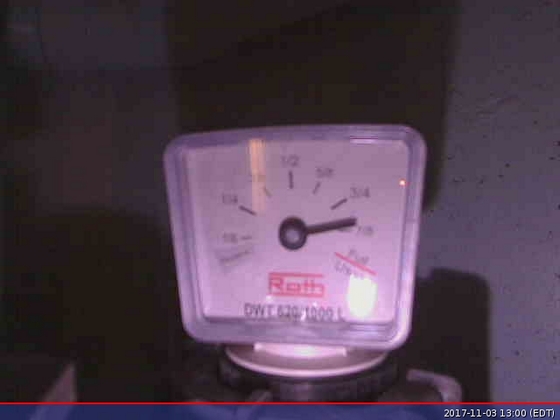 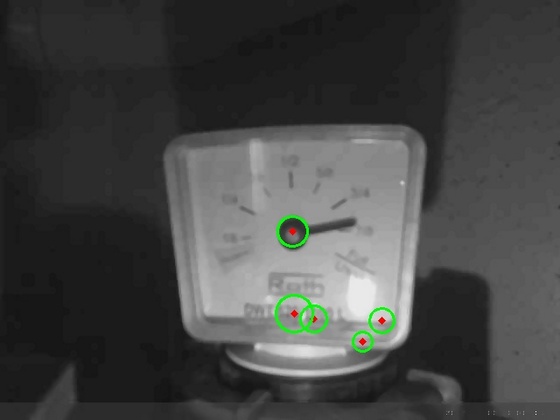