My first attempt at building a robot, pictured here with the "hood" up, exposing the motors and controllers. The design suffered from poor weight management, as the lead acid batteries were too heavy for the modified power screwdriver motors to tow. It wasn't all a loss, though, as it got iRobot interested in me and me interested in iRobot (hence the suggestive name). I ended up working at iRobot for three years on Roomba, the most successful consumer robot to date. 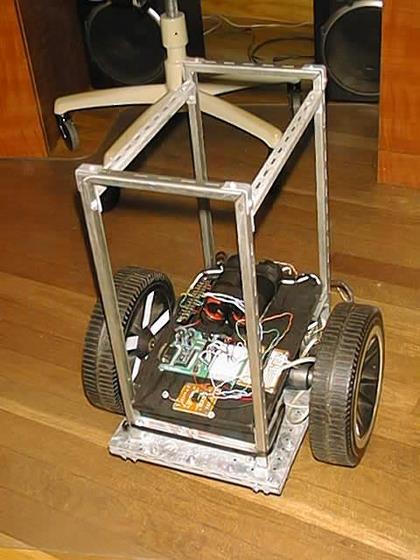 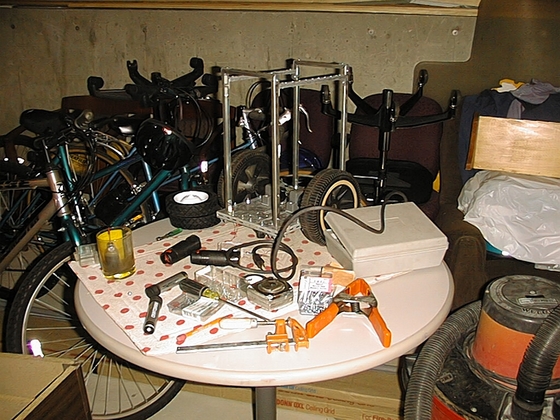 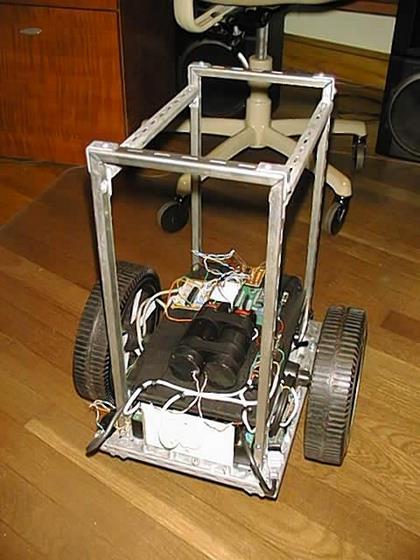 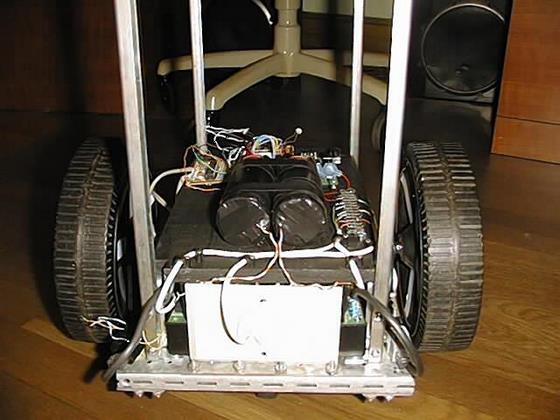 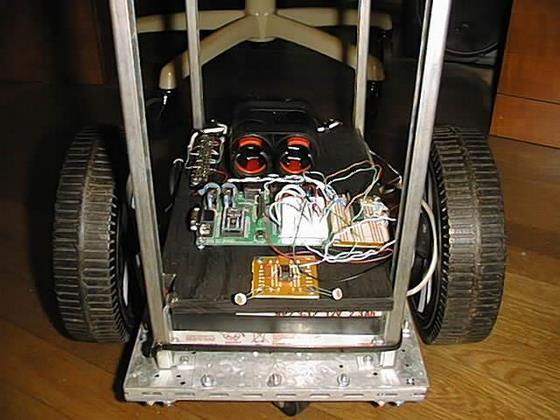 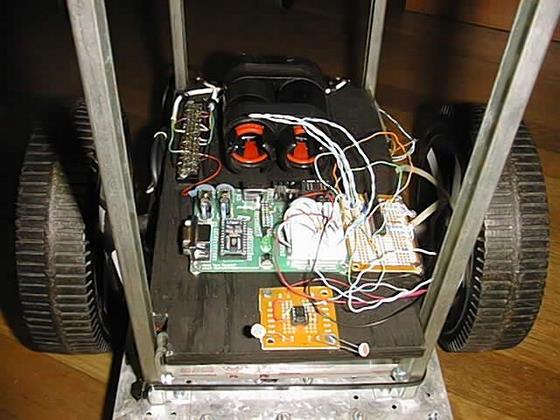 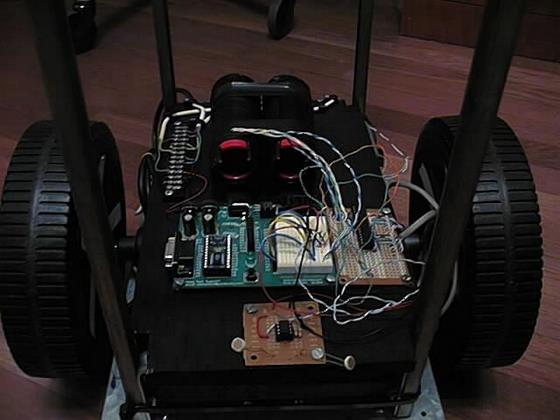 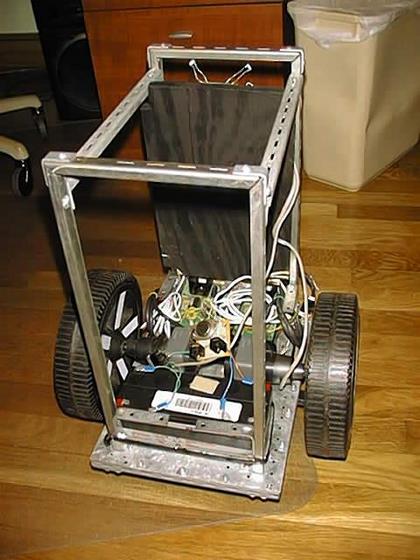 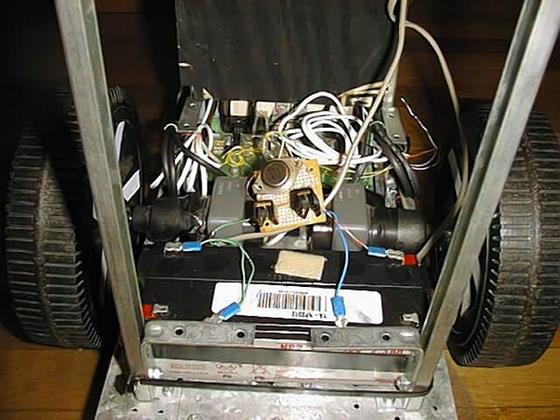 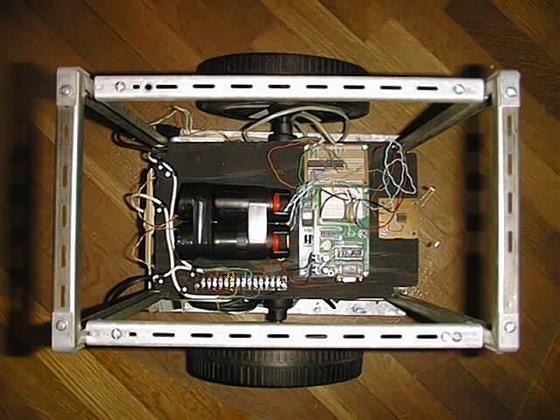 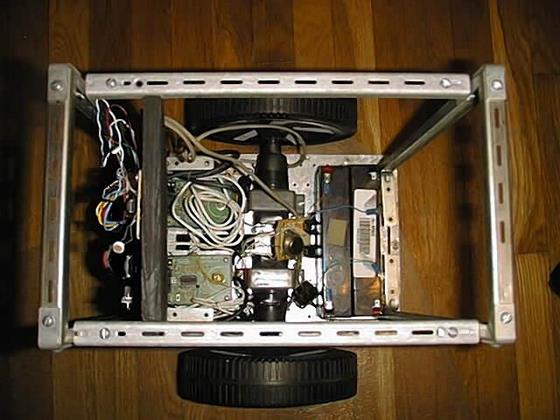