In December, I was persuaded by an extraordinary colleague, Joe Johnson, to join in a somewhat mad effort to help build a FIRST robot in three days. It would be fun. Some people had done it before, last year. Besides, we're professional roboticists! As someone who loves to build for the sake of building, loves robots, and had missed the rush that only comes pulling together with others under a strict deadline, it seemed like a good idea. So, with blessings from my wife, I spent 72 hours (including nine for sleep) with a team of fifteen fellow iRobot engineers feverishly studying, prototyping, building, documenting, and discussing our design. In the end, both judges and peers voted us into victory, but the joy was in the madness and not so much the robot itself. You can see more about the project and our team, Team Boom Done, on the official website.
More videos can be found below, or by clicking here.

Next project: → What Bottle Next? 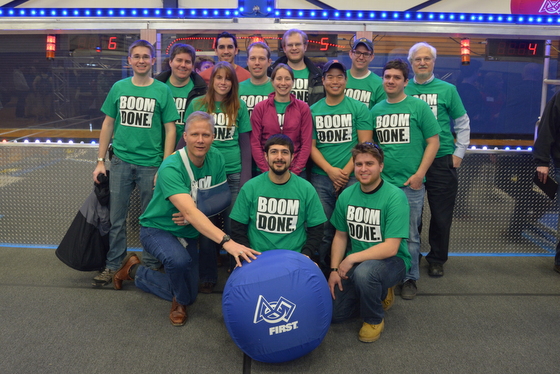